According to Michael Gove, the Secretary of State for Environment, Food and Rural Affairs, the Extinction Rebellion movement, following their protests in London and elsewhere, now need to put forward specific proposals for change which the government could act on. This could include: 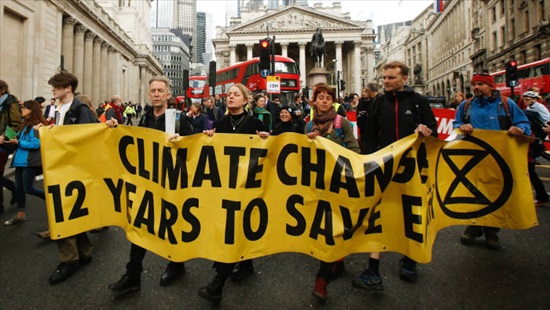 – Campaigning for a large programme of investment in home insulation, which would result in the burning of less fossil fuels (either directly in coal, gas, oil heated homes or indirectly by properties heated by electricity which is generated by power stations running on coal, oil or gas). Only those receiving benefits qualify for a grant at present but this should be expanded to include everyone else and also more expensive measures such as External Wall Insulation.

– Reinstating the zero carbon standard for new-build homes, which is one of the most cost-effective ways of reducing carbon emissions.

– Reinstating the fuel duty accelerator, which means that drivers would know that the cost per mile of driving would increase slightly each year, resulting in less cars on the road.

– Encouraging motorists to purchase an electric vehicle by offering discounts on public transport fares as an incentive, and a scrappage scheme for high-emission cars, on the condition that their next vehicle is electric.

– Upgrading and electrifying the most neglected parts of the rail network.

What about the cost?

They would be more likely to gain acceptance of these proposals if they could show acceptable ways they could be funded. One of these ways could be a land value tax, already in existence in around 30 countries, which would also help to release land for new housing.

The problem is, polls suggest that the majority of people are against the Extinction Rebellion movement, and media reports of them blocking bus routes and wasting police resources doesn’t help. This will make the government less likely to listen to climate protesters. They need the public behind them if they are to exert a positive influence.

See if you qualify: